Dynamo Kyiv lost 1-0 at home to Barcelona on MD 4 last time out which ended their hopes of qualification.

The Ukrainian side is last in the group with 1 point from 4 matches and are out of contention. 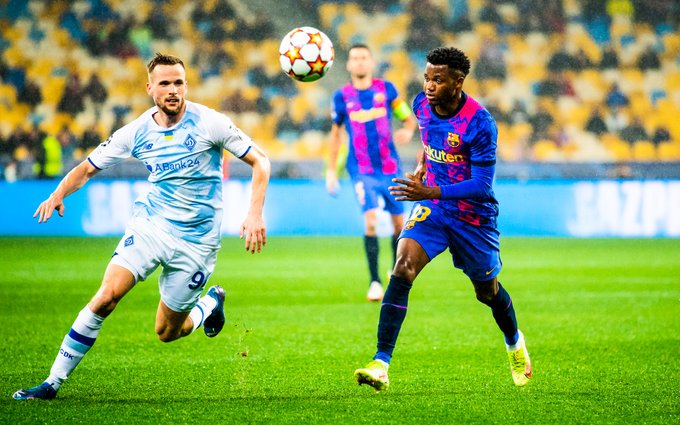 Fati scored the only goal in that clash for the visitors due to which Kyiv have the remaining matches to play for pride.

On the other hand, Bayern Munich beat Benfica 5-2at home in their previous clash on MD 4, which ensured progress to the Round of 16. 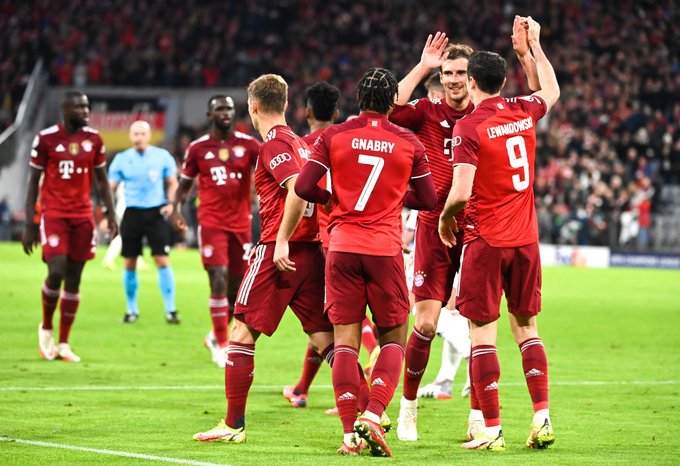 Lewandowski led the way with a hat-trick followed by goals from Gnabry and Sané. Morata and Nunez scored for Benfica.

This result left Bayern Munich with 4 wins from 4 matches at the top of the table.

Both sides last met on MD 2 in September where Bayern Munich won 5-0 at home.

This Bayern Munich trio is on fire 🔥

The world is yet to witness the real power of MLS pic.twitter.com/XCDKpEIuHX

Where to watch the live stream and broadcast of Dynamo Kyiv vs Bayern Munich in India?

The match is live streamed on the Sony LIV App or Jio TV; while the broadcast is on Sony SIX channel.

Biesiedin, Popov, Kargbo and Supriaga miss out for the hosts due to injuries.

Choupo-Moting, Musiala, Kimmich, Stanisic, Cuisance, Gnabry are out for Bayern due to Covid-19.

Upamecano is suspended due to accumulation of bookings and Sabitzer is also ruled out due to calf injury.

Bayern Munich aim to continue their good show with another win in this clash.

After the weekend loss, Bayern would be eager to get back into play.

Kyiv have it all to do to stop another Bayern juggernaut and we see the Bavarian side going all out once again.

Players to watch out for: Tsigankov, Harmash, Lewandowski and Sané.