Rapid Wien vs West Ham: West Ham look to secure a table top finish when they travel to face Rapid Wien on Thursday in the Europa League.

Rapid Wien eye a winning return after they were beaten 3-1 away by Dinamo Zagreb on MD 4 in the UEFA Europa League last time out.

Knasmullner gave the visitors an early lead before Petkovic, Andric and Sutalo’s strikes ensured a win for the hosts.

This loss left Rapid Wien last in the group with 3 points from 4 matches, needing 2 wins in their remaining matches to seal a 2nd place finish.

On the other hand, West Ham drew 2-2 away to Genk in their previous clash on MD 4.

Paintsil broke the deadlock for the hosts in the first half before Benrahma scored twice to get West Ham into the lead in the 2nd half. But an own goal from Soucek 2 minutes from time ensured a point a piece. 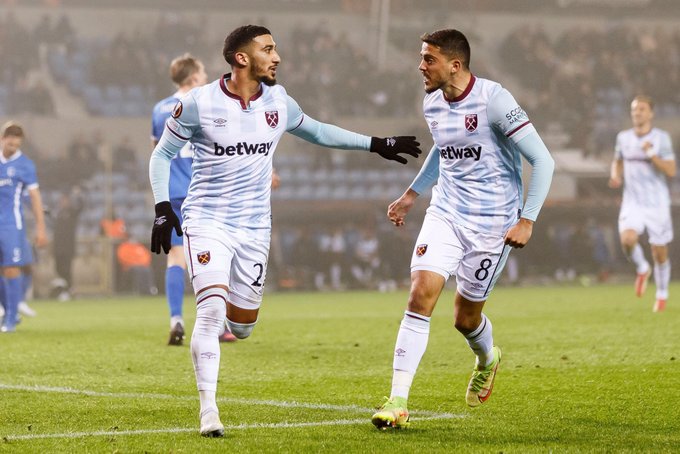 The point kept West Ham at the top of the table with 10 points from 4 matches, needing just a win to secure a table-top finish.

West Ham are favourites to qualify as leaders from this group and will look to keep improving and showing their solidity.

Both sides last met on MD 2, where West Ham won 2-0 at home comfortably.

David Moyes has officially taken charge of his 1000 games as a manager guiding West Ham to a 2-2 draw against Genk in the Europa League yesterday. 👔😱

Where to watch the live stream and broadcast of Rapid Wien vs West Ham in India?

The match is live streamed on the Sony LIV App or Jio TV; while the broadcast is on Sony TEN 1.

Ogbonna is ruled out for West Ham due to a cruciate ligament injury as well.

West ham’s quality and consistency have made them a team to watch out for this season and we expect them to keep performing.

Rapid Wien can keep themselves alive with successive wins but against a strong West Ham side, it looks difficult.

The visitors are on a good run and should take all points from their trip to Austria.

Players to watch out for: Knasmullner, Grull, Antonio and Benrahma.