Sporting vs Dortmund: Sporting CP face Borussia Dortmund in a must win clash on Matchday 5 in the UEFA Champions League on Thursday.

Sporting CP kept their qualification hopes alive when they beat Besiktas 4-0 at home in their previous clash o MD 4 earlier this month.

Goncalves scored twice while Paulinho and Sarabia also found the back of the net to pick up their 2nd win of the campaign.

This win sent kept Sporting CP in 3rd place with 6 points from 4 matches, needing to win their remaining matches to qualify.

On the other hand, Dortmund lost their previous UCL clash to Ajax 3-1 at home, which dented their hopes marginally. 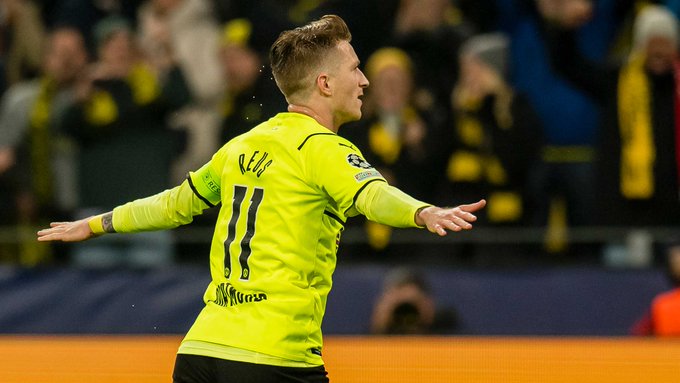 Dortmund is in 2nd place on the group table with 6 points but have to win their remaining matches if they are to secure qualification.

Reus scored the opener before Tadic, Haller and Klaassen found the net for Ajax in the second half to win.

The hosts come into this having not lost in their last 9 matches while Dortmund has beaten Sporting thrice in their last 3 clashes.

Both sides last met on Matchday 2 in Germany, where Dortmund won 1-0 at home through Malen’s effort.

Where to watch the live stream and broadcast of Sporting vs Dortmund in India?

Sporting has no injury concerns ahead of this clash.

Hummels is suspended after he was sent off against Ajax.

This is expected to be a closely fought clash as both sides are desperate to get the win.

Owing to the number of injuries, Dortmund lack depth in the squad and this is where we see Sporting take advantage.

The Portuguese side is expected to get the three points but not without a fight from the German side.

Players to watch out for: Goncalves, Sarabia, Malen and Reus.